Today is May 15th, Bloggers Unite for Human Rights Day. Yesterday, we published some preliminary background material about a man many people depise, who caused a great injustice in American to American citizens in the 20th Century. His efforts would, in fact, still be implemented into the 1960's. A rigid, autocratic man, Walter Ashby Plecker fancied himself a white knight defending and protecting the racial purity of the white race. Born into a well-to-do Virginian family he became a doctor. He was married, but never had children. He listed his hobbies as birds and books. He worked hard delivering many babies in poor households lacking basic hygiene and what most consider necessities. Many of these people were black or Indian. Concerned by a high incidence of syphilitic blindness, he began dispensing silver nitrate to be put in the eyes of newborns. He also contrived an incubator that could be put together in the poorest of homes.

A devout Presbyterian, he actually believed the mixing of races to be a sin. He helped establish churches around the state and supported fundamentalist missionaries. Plecker belonged to a conservative Southern branch of the church that believed the Bible was infallible and condoned segregation. Members of Plecker’s branch maintained that God flooded the earth and destroyed Sodom to express his anger at racial interbreeding. He carried out a life long attempt to prevent this from happening, carrying his efforts to the most extreme measures.

The Eugenics Movement suited his needs perfectly. He was proud to be a scientist, practicing what he believed to be the latest scientific methods to improve mankind. He became a celebrity within the eugenics movement, which eventually began to lose support among scientists and furnish a platform for white supremacy. He spoke around the country, was widely published and wrote to every governor in the nation to urge passage of racial laws just as tough as Virginia’s Racial Integrity Act. He dined at the New York home of Nazi sympathizer, Harry H. Laughlin, the nation’s leading eugenics advocate.

In 1932, Plecker gave a keynote speech at the Third International Conference on Eugenics in New York. Among those in attendance was Ernst Rudin of Germany who, 11 months later, would help write Hitler’s eugenics law.

In 1935, Plecker wrote to Walter Gross, the director of Germany’s Bureau of Human Betterment and Eugenics. Writing on state stationery, he outlined Virginia’s racial purity laws and asked to be put on a mailing list for bulletins from Gross’ department. Complimenting the Third Reich for sterilizing 600 children in Algeria who were born to German women and black men, he commented; “I hope this work is complete and not one has been missed,” he wrote. “I sometimes regret that we have not the authority to put some measures in practice in Virginia.” 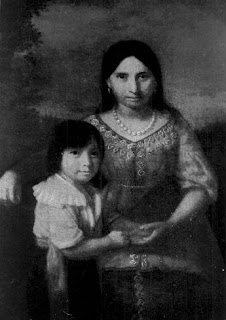 The Racial Integrity Act essentially narrowed race classifications on birth and marriage certificates to two choices: “white person” or “colored.” The law defined a white as one with no trace of black blood. A white person could have no more than a one-sixteenth trace of Indian blood—an exception, much to Plecker’s regret, legislators made to appease the descendants of Pocahontas and John Rolfe, who were considered among Virginia’s first families.

The act forbade interracial marriage and lying about race on registration forms. Violators faced felony convictions and a year in prison.

Plecker strongly supported sterilization laws, arguing that feebleminded whites were prone to mate with Indians and blacks. He had no role in administering the law, however.

Plecker served in his powerful position as the first registrar of Virginia’s Bureau of Vital Statistics from 1912 until 1946. Working with a vengance, he led the effort to purify the white race in Virginia by forcing Indians and other nonwhites to classify themselves as blacks. It amounted to bureaucratic genocide. He not only altered records and refused to register children as their rightful identity, he wrote insulting letters to new mothers which surely caused a lifetime of grief and frustration. The aftershocks are still being felt today. Indian tribes seeking recognition cannot provide the proof of their existance required because of Plecker's altered records. Families separated due to his draconian actions will never be reunited as the brothers, sisters, cousins, aunts and uncles because they have passed on in many cases. A lifetime lost. And genealogical brickwalls and roadblocks are encountered every day by persons trying to research their families.


"Those who fail to learn the lessons of history are doomed to repeat them." ---George Santayana

You can read more about this abuse of human rights here: