23andMe to California: We're Not Ceasing or Desisting 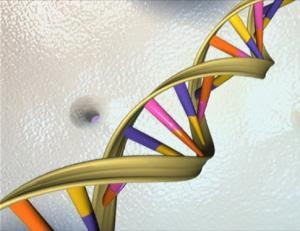 The Y-chromosome and mtDNA tests used for genealogy purposes carry no health information. But it will be interesting to see how this plays out as there may be some danger of all testing being affected by California's actions.

After being hit with a cease-and-desist letter by California's Public Health Department, the highest-profile direct-to-consumer genetic testing company, 23andMe, shot back today that they'll be doing neither.

"We believe we are in compliance with California law and are continuing to operate in California at this time," the company said in a statement released to Wired.com.

23andMe is one of thirteen companies that had until yesterday to respond to identical cease-and-desist letters from the health department. Navigenics, DNATraits, and HairDX also received letters Wired.com has confirmed. The Health Department plans to release the names of the rest of the companies today on its website.

In the full statement 23andMe released, it's unclear exactly what legal tack the company is going to take in fighting (or working with) the health department. But they make clear that they do not believe that the Health Department is applying the "appropriate regulatory framework" to their business:
http://blog.wired.com/wiredscience/2008/06/23andme-were-no.html
Posted by Historical Melungeons at 12:08 AM