The happy bridegroom, with his charming bride, returned to his home that afternoon, duly and legally married, much to the discomfort of his relatives who had tried to thwart the marriage, it never having occurred to them that a Georgia court would grant a license and a Georgia judge perform the ceremony.

They immediately went to housekeeping on the bridegroom’s plantation in a comfortable home which he had previously furnished and prepared for his bride, and they started out in life happily and auspiciously. The marriage took place on June 14, 1856, as shown by Squire Clark’s return on the license. The first child of the marriage was a son, who died in his infancy. The second was a daughter, who was born in the latter part of they year 1858.

Eight days after her birth the mother died, which event was such an overpowering shock to the father that he went violently insane and had to be taken into custody and kept under guard for a long time. He never recovered his mind, but he got to be in such condition that he was entirely harmless. He was permitted to live alone in his house and his meals were furnished him by his guardian, who looked carefully and closely after his welfare. He was like Judge Alton Parker in one respect-he took a plunge into the creek, or river, near his house every morning, no matter how cold or how hot it was. In the winter time he frequently had to break the ice in order to take his plunge. He would not allow a hair to grow anywhere on his body, head or face; he plucked them out as soon as they made their appearance, and he fancied that evil spirts would invade his house and destroy him unless he kept himself surrounded by a circle of cats, which he always did. His cats were numerous and were exceedingly well trained for their work.

The mother and half sisters of the crazy man procured a maternal aunt of the child “Aunt Betsy” either by threats or bribes to take the infant clear out of the country and exacted a promise from her that she would never return to this country, and she took her away and settled in Illinois in the swamps of the Mississippi, seventy-five miles from Cairo, and the child was completely forgotten by everybody in this country, except Mr. Samuel Williams, who knew all the fact and knew that some day there would be a reckoning.

He secretly arranged with “Aunt Betsey” to have a letter written to him once in a while to keep him posted as to the whereabouts and the welfare of the child, and this she did. Whenever she changed her place of residence she promptly caused Mr. Williams to be notified and informed of her new habitation.She had the forethought when she went on her journey to take the child’s father’s family Bible, which contained a record in his own handwriting of his marriage and the birth of the children, which proved to be a valuable item of evidence in the great chancery court suit which afterward arose out of these matters. Shortly after the man went crazy William H. Foust was appointed guardian of his person and property. Mr. Foust was one of the best men in the country; was successful and prosperous in his own affairs and made a careful and prudent guardian of his ward’s property and of his person. He kept his lands rented and carefully collected and preserved the rents until he had a fund of many thousands of dollars, loaned at interest and well secured by deeds of trust on real estate.

Mr. Foust allowed the man to live in his own house, but employed one of the tenants on his estate to feed him and look after keeping his house and clothes in proper condition, and in this way he was comfortably and amply provided for.

Opens In 1872, while the Hon. D. M. Key was chancellor, the two surviving half-sisters of our man and the children of the deceased half sister brought suit in the chancery court, by which they sought to surcharge and falsify the settlements made from time to time by Mr. Foust of his guardianship; they charged that he had mismanaged the estate and wasted its assets, and had loaned large sums to insolvent persons and had taken inadequate security from the borrowers, and sought to make him account for the assets, which he ought, by prudent management, to have on hand. Another feature of the bill was that Mr. Foust’s ward was an incurable and permanent lunatic, rarely having a lucid interval, and that complainants were his heirs apparent and would certainly fall into possession of the estate. The prayer of the bill was that the guardianship be revoked and the ward and his estate be turned over now to them, they agreeing to give bond and security that they would provide for all his wants. They also prayed the court to pronounce a decree adjudging them to be the heirs apparent to the estate.

Mr. Samuel Williams and Col. John L. Divine were the sureties on Mr. Foust’s bond as guardian, and they were sued in order to make good the decree which the complainant expected to recover, and Mr. Williams concluded that now was the proper time for him to make use of the knowledge which he had of the existence and whereabouts of the rightful heir apparent, and sought a lawyer to whom his secret would be entrusted and who could represent the girl in the assertion of her rights. He found on inquiry that all the experienced lawyers in town had been employed either by complainants or Mr. Foust, one of the defendants. VanDyke, Cooke & VanDyke Judge D. C. Trewhitt and Maj. Mose H. Clift were the array on the complainants’ side while Key & Richmond and Col. W. L. Eakins represented Mr. Foust.

A friend of Mr. Williams advised him to consult a young lawyer (Shepherd) who was just starting out in business. Mr. Williams acted on this advice and communicated all the facts in his possession to the young man and placed the entire matter in his hands for such action as he might deem necessary and appropriate. Mr. Williams agreed to serve in the capacity of next friend to the girl and become responsible for the costs and thereupon a bill was filed for her, asking that she be adjudged the child and heir apparent to the crazy man and that she be supported and educated out of his estate, her education having been sadly neglected while she was in exile.

This bill created a big sensation; it was like a clap of thunder out of a clear sky. The complainants were extravagant in their denunciation of the bill as a tissue of falsehoods and slanders. They claimed that it was a fabrication of old man Williams, and that the girl was an impostor. They even denied that there was any such person as she in existence; they denied her identity as the child of the lunatic, married to his alleged wife and claimed that if he had gone through the form of marriage it was void for numerous reasons, and the issue of such marriage was illegitimate.

In this condition of affairs, Mr. Williams on the advice of the counsel he had retained for the girl, went to Illinois and after much persuasion , he induced her to return to Chattanooga with him. He brought back with him the old Bible which “Aunt Betsy” had carried away with her when she went to Illinois.He had to promise “Aunt Betsy” that he would fetch her back to Chattanooga as soon as she could dispose of her belongings, which promise he made good.

When Mr. Williams got back to Chattanooga the girl was nearly 15 years old. She knew nothing about the ways of the world. She was totally ignorant of the prevailing fashions of dress, she did not know what a corset was or how it was worn, whether over or under the dress. She had spent the most of her life in the forest along the banks of the Mississippi, where she and her aunt had made their living by cultivating a small patch with hoes and by cutting cord wood and selling it to the steamboats which plied up and down the river and which used the wood for fuel. She knew nothing whatever of the arts of fashionable women in making for themselves attractive forms and figures by skillful lacing. She was simply an uncouth , unsophisticated, unmade-up, natural girl from the backwoods; a girl, withal, possessed of a strikingly beautiful face and a figure which , by proper development and dress was capable of being molded into a form that would please the most fastidious. 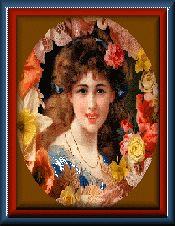 She was very much like her mother, and possessed all the charms and graces she did, but they were undeveloped. Mr. Williams took her to a milliner and had her proved with a wardrobe suitable to her changed surroundings. She very readily adapted herself to her new surrounding and her new life out in the midst of civilization. She was kept at the Williams home and sent to school from there for about two years. She had to start from the very beginning but, being ambitious to get some education she studied hard and learned very rapidly and in the short time of her school days got a very fair and practical educations. She afterward married her teacher, who was a splendid young man and became one of the leading men in the community and managed his wife’s affairs very successfully and added considerably to her fortune. At the time of his death, which occurred about twenty years ago, he was a prominent official in the county and in conjunction with Blev Thomspon, represented the Hill City district in the county court.

To be cont.
Posted by Historical Melungeons at 4:05 AM