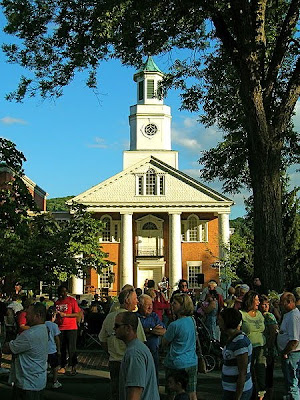 The Hawkins County Courthouse, ca. 1836, is the oldest courthouse in Tennessee and is the seat of county government. It is in Rogersville.

Hawkins County, TN is considered a gateway to the West, a "jumping off point" for many families. A huge body of information existed in the court records, but needed to be archived, preserved and microfimed in order to insure that this information be available to researchers now and in the future. In 2004, an effort was made to accomplish this feat. The Hawkins
County Archive Project has since contributed greatly to historical and genealogy record preservation and microfilming.

The volunteer workers then began moving the records from the court house to the old health department building furnished by the county for this purpose. On Jan 14, 2005 they began the cleaning and indexing process with 28 volunteers and two archivist from the Tennessee State Archives who worked with them for 2 days to instruct them in proper preservation techniques.

Beginning in 2006, two different couples from the LDS Family History Center began microfilming the processed records. They were Dennis and Connie Powell of Pleasant View, Utah, who after 6 months completed their 2 year mission. They had been filming the Hamilton County Court records previously. GSU replaced them with Ron and Louisa Later of Layton, Utah. and they completed the filming on August 14, 2007. 194 rolls of microfilm consisting of Criminal Court 7,033 cases; Civil Court 1795-1930 -6,156 cases; Chancery Court -6,225; County Court 5, 80 were filmed. This consisted of the court cases, plus the marriages and wills and other miscellaneous records.

Since they were not receiving any funds from the county and the acid free folders needed for many thousands of cases were 25 cents each and the archival cleaning sponges were all very expensive, a collection was taken up at an organization meeting after which Mr. Goins sought help from downtown merchants and businesses, lawyers etc. The Hawkins County Genealogy Society donated 10 tables and chairs, as the group had nothing but a bare building. They also gave the organization $5,000.00 to buy folders, boxes and a racks for the cleaned records. With the help of Brent Kennedy, Hawkins County Memorial Hospital, a division of Wellmont gave a grant for $1,000.00, a new Dell computer and laser printer. They have continued operating the archives from state grants and donations from friends

Hawkins County, Tennessee has been labeled as the gateway to the west. The original pioneer settlers came here, set up a homestead and then migrated to others counties and states. Hawkins County was very large at it's formation in 1786, consisting of Grainger, Claiborne and Hancock Counties. Grainger and Claiborne left early, the archives has several Hancock records. The illegal voting trials so important to Melungeon research were in Rogersville, although the men being tried lived in the area of Hancock County, when they were charged, so the trial continued in Hawkins County until it ended in Dec.1848.

The Archives have had visitors this year from Washington State, California,Utah, Louisiana, and Arkansas, with the log book showing over 90% of their visitors are from another county or state.

Opening to the public on August 14, 2007, the Hawkins County Archives has continued to process the records and are now through 1960, but GSU only films to 1930 and the State Archives do not have the funds at this time to complete the filming. It would be of the utmost importance if this could be done so that all this work not be in vain if something were to happen to these invaluable historical and genealogy records which have not yet been filmed.

Donations are appreciated and may be sent to: 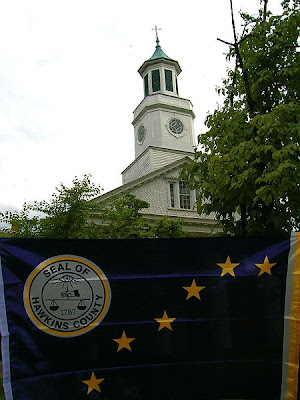 Posted by Historical Melungeons at 10:14 AM No comments: Links to this post 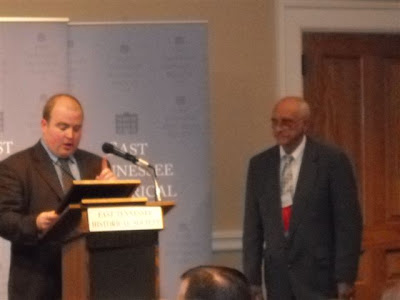 Jack Goins, president of the Melungeon Historical Society, was recognized for his tremendous dedication to the Hawkins County Archives project.

The Award of Distinction was presented by Marvin Templin of the East Tennessee Historical Society Staff to Jack Goins on 4 May 2010 for leading a volunteer effort to establish the Hawkins County Archives by raising funds to purchase supplies, enlisting and training a group of volunteers to follow professional standards in organizing and cleaning records and creating databases, with 35,000 contributed volunteer hours. 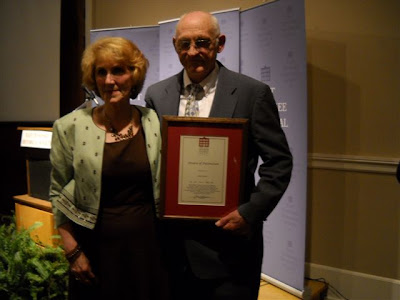 Cherel Henderson director of ETHS and Jack Goins holding the award of distinction for the archive project. 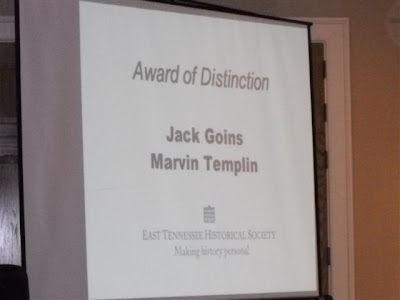