The “lost” State of Franklin was an unrecognized territory that sought statehood just after the War for Independence. Comprised of what is today Upper East Tennessee and the easternmost counties of Tennessee, but what was then part of North Carolina, the “state” existed for only four years. In spite of its failure, the Lost State of Franklin would capture the imaginations of generations of Americans.

In the mid to late 1700s, settlers in the region that would become the State of Franklin had always felt isolated in their new territory. Fairly or unfairly, they also felt their needs were being ignored by their state government in North Carolina.

Like any good mountaineers, they decided to take matters into their own hands. In 1772 they formed the Watauga Association, the first attempt at self-government in the area. The Watauga Association was something of a forerunner to the State of Franklin and became notable for declaring itself independent of British rule prior to the Declaration of Independence.
Cont. here:

Enter your email address to start receiving this blog in your inbox
Posted by Historical Melungeons at 1:42 PM No comments: Links to this post 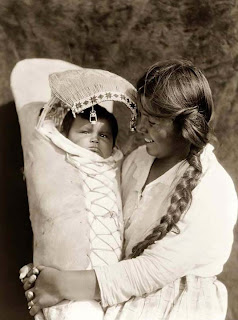 "Location: The Achomawi homeland is in northeastern California."

Enter your email address to start receiving this blog in your inbox
Posted by Historical Melungeons at 10:26 AM No comments: Links to this post

There never was, nor ever can be again, such a perfect example of a confederation of the brethren of the sea as that of the Pirate Republic of Bou Regreg. Rabat and Sale were the twin cities at the heart of this Republic. They were both guarded by medieval walls that had been greatly reinforced by artillery fortresses dug into the outlying cliffs that overlook the dark, muddy waters of the Bou Regreg estuary from the north and the south banks. Submerged rocks, a line of forbidding cliffs, Atlantic reefs and a sand bar at the mouth of the tidal Bou Regreg made the estuary waters a very safe harbour.

It was from this secure base that the free-ranging pirate squadrons known as the Sallee Rovers set out to harass the sea-lanes, merchant ships and harbours of Europe. They were brilliantly successful for their ships crews were a kaleidoscope of international talent that allied the military élan of Moroccans and exiled Spanish Moors with Dutch, German and English professional skills. The crews spoke a lingua franca that was based on Spanish with a mixture of French, Italian, Portuguese and Arabic loan words.

The Sallee Rovers did not just restrict their operations to the capture of shipping but took the war into the lands of the enemy; landing raiding parties that returned with captives. Their notoriety as white slavers reached a crescendo in the mid 17th century England when a series of daring slave raids seized captives from St Micheals Mount in Cornwall and Baltimore in south-west Ireland as well as intercepting the cod fishing fleet off Iceland. The boasting verses in Rule Britannia about Britons never shall be slaves could certainly not have been written in those years. It has been calculated that in this period that there were more Britons labouring away as slaves and concubines in North Africa than as settlers in all of the colonies of North America put together.

This fascinating subject can be pursued further in the book Christian Slaves; Muslim Masters by Robert C. Davis.

Enter your email address to start receiving this blog in your inbox
Posted by Historical Melungeons at 2:27 PM No comments: Links to this post

March 11, 1889
The Melungeons
Meridian, Miss.,
March 11– Editors Constitution
Near a month ago an article appeared in The CONSTITUTION named Melungeons [this was the article by Swan Burnett] . I laid it aside in order to correspond with the writer, but the paper got destroyed and the name and address had not been noticed with care, and are forgotten. Excuse me then for addressing him through the same medium.
His name Melungeons is a local designation for this small peculiar race. Their own claim to be Portuguese is more generally known. Their original site is on the Pedee river in South and North Carolina . They were once especially strong in Georgetown and Darlington districts of the latter. Though called Portuguese – this does not indicate their true origin. I have no doubt local traditions, and the records still to be found in the Charleston library will give the true account. As dimly recollected, for I never made search with a purpose in view, it was thus in the primary colonial times of the Carolinas, Winyaw Bay was the best and most frequented harbor on the coast, and Georgetown more accessible, was more of a commercial town than old Charlestown., to that port British cruisers sometimes brought prizes.

Among these once was a Salee Rover, (*See Below) which was sold for the distribution of the proceeds as prize money. The crew consisting mostly of Moors, with a sprinkling of Arabs and negroes, were turned ashore free. Their complexion and religion prevented immediate absorption by the white race, and they found wives among Indians, negroes and cast off white women at a time when many of these last were sold by immigrant ships for their passage money. They became a peculiar people. They were the free people of color of the Pedee region so true to Marion during our revolutionary struggle and no other race in America retained such traditionary hatred of the British.
Your correspondent [whose name I am sorry to have forgotten] having a taste for ethnological studies will confer a favor upon that branch of early post-colonial record and legislative proceedings of South Carolina. He will find it sustained by the appearance of these people if he can find a few pure specimens–their physical structure, their hair, their teeth, and general features, though every trace of their Moslem religion and north African dialect may have long been lost.
Very respectfully,
Laurence C. Johnson

Enter your email address to start receiving this blog in your inbox
Posted by Historical Melungeons at 9:59 PM 2 comments: Links to this post

History of the Banjo May Shed Light on Melungeon Origins

This article was published originally in the December 2002 issue of the Appalachian Quarterly, a genealogical magazine in southwest Virginia. Mountain people were at one time described as pure Anglo-Saxon. This was, of course, pure nonsense. Today some writers seem obsessed with describing mountaineers as mostly Celtic or Scots-Irish. The truth is that the mountain people have a varied ancestry, as do many people in America. I grew up among Gibson and Collins families in Knott County, Kentucky. Some members of a few families were very dark, with a distinctive Indian appearance, while some members had a more African American appearance. There were other local families that were said to have African American or Indian ancestry. Through genealogical research I have established that a very talented Knott County family of banjo players had a grandfather that was described as Mulatto in census records.
Gibson and Collins are common surnames among some remnant Indian populations. They are also the most common surnames among mountain families that are today described as “Melungeon.” There has been a lot of romantic nonsense written about Melungeons in various places, including the Internet. The Gibson and Collins families described today as Melungeon came originally from east Virginia to the border counties of Virginia and North Carolina. From there they migrated to southwest Virginia, northeast Tennessee, eastern Kentucky and to other areas. I have found that several other families in eastern Kentucky also followed this general migration path. It was through this migration path, I believe, that banjos and banjo songs entered Knott County.

Enter your email address to start receiving this blog in your inbox
Posted by Historical Melungeons at 5:08 PM No comments: Links to this post

Those who previously Y-DNA tested at a Sorenson Genomics lab based company can now transfer in to Family Tree DNA!!!!

* If you upgrade after ordering a basic transfer, the cost will be $49 US.

Enter your email address to start receiving this blog in your inbox
Posted by Historical Melungeons at 6:51 PM No comments: Links to this post