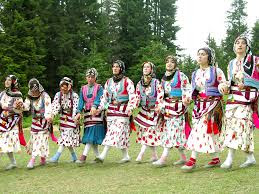 For decades, Turkish pseudo-historians and propagandists have made bizarre claims about Turks being the ancestors of various ethnic groups around the world, including Native Americans, African-Americans, and the strangest of all -- Melungeons -- a little-known group of dark-skinned residents of Appalachia.

To counter Armenian political activities in Washington, the Turkish government regularly reaches out to anyone who could be co-opted with all-expense paid trips, special gifts, and other financial inducements, including funding studies and conferences on the alleged Turkish origin of Melungeons. Even though these one million Appalachians do not carry much political clout in Congress, Ankara is interested in claiming them to be of Turkish descent, hoping to strengthen its political and economic clout in the United States.

The Turkish initiative faced one ‘minor’ problem: there was no evidence that Melungeons were descendants of Turks. This issue was easily resolved when the Turkish government provided a “research grant” to a Melungeon named N. Brent Kennedy. In April 1995, he flew to Istanbul and wrote a book alleging that hundreds of captured Ottoman sailors were dumped on the shores of North Carolina by Sir Francis Drake in the 16th century!

Kennedy compiled a long list of “amazing” similarities between Turks and Melungeons, such as eating beef and mashed potatoes, the habit of hugging each other, Appalachian quilts having Ottoman designs, Anatolian folk dancers performing square dance, and Turkish music sounding like bluegrass! He discovered that the Turkish word “neyaygara” sounds like Niagara, “dilhah yer” is pronounced Delaware, “tenasuh” means Tennessee, “kan tok” is Kentucky, and “allah bamya” is Alabama!

Kennedy further stated that Turkish scholars have “long believed that a connection existed between themselves and eastern seaboard American Indians, based on both physical appearance and shared words and customs.” He gathered these “important facts” from Turkish “historians” during his meetings at Marmara University in Istanbul. “Several hundred Ottoman sailors could exert a powerful genetic, cultural, and linguistic influence on the sixteenth-century Native American Tribes into which they married,” Kennedy confidently concluded.

Appalachians, however, were infuriated by the distortion of Melungeons’ ethnic origin and exploitation of their history. Historian and award-winning journalist Tim Hashaw of Houston, Texas, sent a letter asking me to “investigate the tawdry connection between the ATAA (Assembly of Turkish American Associations) and the Melungeon Heritage Association.” Hashaw asserted that “Melungeons are an obscure tri-racial (white, black, and American Indian) community in Appalachia -- Virginia and Tennessee. We are not now, nor have we ever been, Turkish. Yet, Melungeons are being wrongly exploited by Turkish associations to deny the Armenian Genocide and to support questionable Turkish agendas in Washington DC.”
Cont. here:

Posted by Historical Melungeons at 12:00 PM No comments: Links to this post