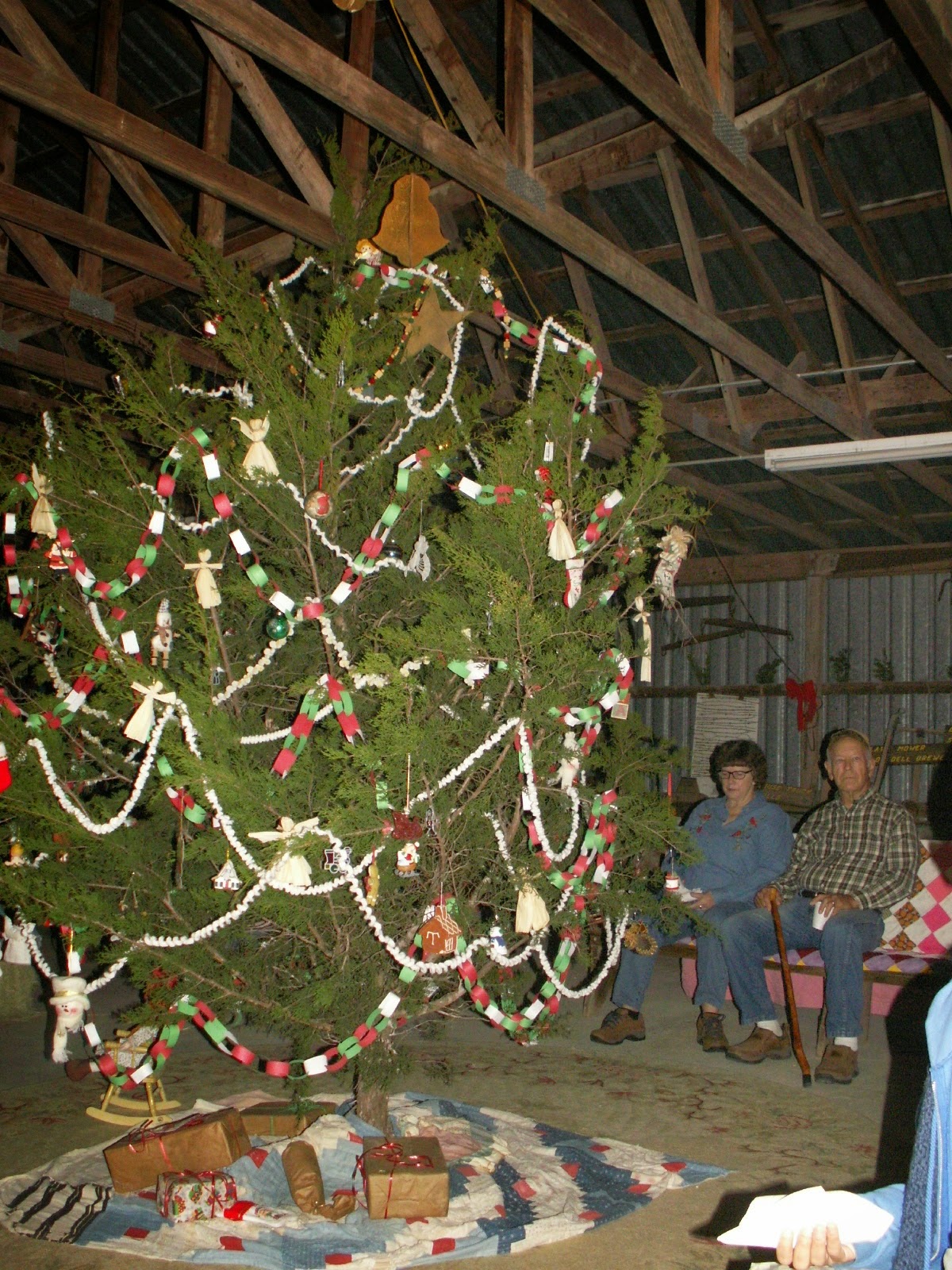 Modern celebrations of the Christmas holiday were late in making their way to those living in the Appalachian Mountains. Many ancient observances from “the old country” were still practiced here in these mountains as late as World War I, and in some pockets probably later. For instance, have you and your friends gone out “serenadin’”? Contrary to what you might think, it has very little to do with carolling. What about building a huge bonfire on a hill? Again, the practice’s primary reason was not to keep warm. Maybe you’ve stayed awake on Christmas Eve to hear, no, not sleigh bells and reindeer hooves, but sheep and horses bowing to pray.

Many of the first settlers in the Appalachian Mountains were of Scots-Irish and English descent, so many of their customs were practiced, combined, and adapted to their new surroundings. One custom that made its way to the shores of America was a large bonfire on hilltops. The bonfires have their beginnings in the beliefs of the Druids. They thought that building a bonfire on mountaintops would hurry along the return of the sun and longer days.Often times bonfires were combined with the practice of “serenadin’”. The youngsters in the community - keep in mind, now that houses were much farther apart then - would get together on Christmas Eve to visit with the neighbors. They’d take along cow bells, buckets, shotguns loaded with blanks, and just about anything else that would make a bunch of noise. Taking care to be quiet upon approach to the house, they’d let loose with as much racket and noise as they could muster up. The neighbors then would light a lamp or two and invite the group in for treats and cider. If by chance the group wasn’t quiet enough and those trying to enjoy their slumber heard them, the home owner fired off a round from his shotgun to signal them they had been caught. More often than not, they were still invited in for hospitality.The serenadin’ tradition is most likely based on the English tradition of “The Day of Misrule” where servants, the poor, and children could visit the homes of their well-off neighbors and merchants to ask for food.

Another loud tradition is anvil shooting. Yes, that’s right, anvil shooting. What would happen is the square and round holes on one anvil would be packed with black powder and another anvil would be placed on top of it. The powder is then ignited and the top anvil is shot into the air - sometimes as high as a hundred or more feet. The boom is deafening and the ground shakes. Some say this tradition goes back as far as Biblical times, and it was customary way to celebrate Independence Day, Christmas, and, according to Tennessee history, Davy Crockett’s election to Congress. Perhaps anvil shooting and the noise making of serenadin’ also ties into the belief that loud noises drive bad spirits away. Shooting fireworks at Christmas also falls into the same category of driving away evil spirits and awakening sleeping vegetation for spring and are from the German and Scottish tradition. It was usually done on Christmas Eve around three in the afternoon. Think about how many Christmas festivals now incorporate fireworks in their menu of activities.

Visiting played an important role in the celebration of the holidays. It was expected that you would get out and see your neighbors in the surrounding area within a reasonable distance. In some areas of the Appalachians, visitors would pack their pockets with candy and trinkets and when meeting other fellow visitors try to be the first to say “Christmas Gift,” a common greeting for the season. If they were, they received a small gift from the other person.Those being visited would have treats, small mincemeat pies, and cider ready. Visitors would not stay long, but had to partake of the hospitality offered or there was a risk of taking the Christmas Spirit away from the home.

Christmas trees were introduced in the United States in 1842 in Williamsburg, Virginia. They made their way to the Appalachian Mountains around 1900 when teachers in settlement schools shared the idea. It wasn’t until the 1930s that they were decorated in homes in the mountains. At that time most of the decorations were homemade - strings of popcorn and berries, popcorn balls, paper chains, foil - saved from candy wrappers - around sweet gum balls, gingerbread cookies, etc.Children were visited by Santa Claus, but may have had different ways in which gifts were left. There was the traditional manner where stockings were hung on the mantle to be filled with candy, a pencil, a tablet, and an orange (which was a valued gift for a child - Christmas was the only time they were available here in the mountains). Sometimes Santa would leave gifts in shoes placed beside the front door. And sometimes a table was set for Santa. Everyone’s plate was placed upside down in their usual places and the table was moved to between the Christmas tree and a window. The next morning the plates were rightside up and filled with candy, sweets, and a small gift. Hanging stockings is an English tradition, setting the table for Santa is German, and filling shoes is Dutch.

One of the most solemn and reverent celebrations in the season is Old Christmas. The change over from the Julian calendar to the Gregorian calendar caused a difference of eleven days. In those eleven days Christmas was moved to December 25 from January 6. Some Protestants refused to honor the new calendar because it was decreed by the Pope, so the celebration of Christmas remained on January 6.In the Appalachian Mountains, the celebration of Old Christmas remained until about World War I. Though they might also observe “new” Christmas on December 25th, the festivities were very different. December 25th was marked with revelry and parties and visiting, but January 6th was primarily a family observance 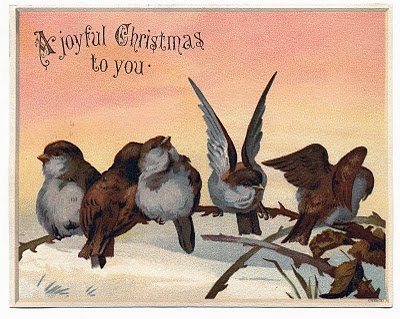 Posted by Historical Melungeons at 4:21 AM 2 comments: Links to this post

Where Have All the Indians Gone? 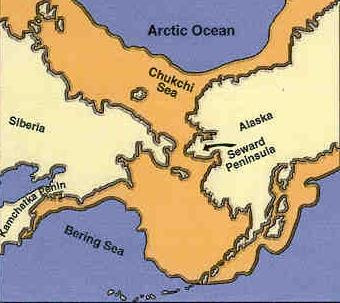 There was some misunderstanding when this paper first appeared that the author was saying some of the groups studied such as the Melungeons had no Indian ancestry. That was not the intent. If the entire JoGG paper is read it will become clear that this is a very serious, perhaps the first in some aspects, effort to explain why we are not seeing the Native American genetic testing results we would expect.

Within genealogy circles, family stories of Native American1 heritage exist in many families whose American ancestry is rooted in Colonial America and traverses Appalachia. The task of finding these ancestors either genealogically or using genetic genealogy is challenging.

With the advent of DNA testing, surname and other special interest projects2, tools now exist to facilitate grouping participants in a way that allows one to view populations in historical fashions. This paper references and uses data from several of these public projects, but particularly the Melungeon, Lumbee, Waccamaw, North Carolina Roots and Lost Colony projects3.

The Lumbee have long claimed descent from the Lost Colony via their oral history4. The Lumbee DNA Project shows significantly less Native American ancestry than would be expected with 96% European or African Y chromosomal DNA. The Melungeons, long held to be mixed European, African and Native show only one ancestral family with Native DNA5. Clearly more testing would be advantageous in all of these projects.

This phenomenon is not limited to these groups, and has been reported by other researchers such as Bolnick (et al, 2006) where she reports finding in 16 Native American populations with northeast or southeast roots that 47% of the families who believe themselves to be full blooded or no less than 75% Native with no paternal European admixture find themselves carrying European or African y-line DNA. Malhi (et al, 2008) reported that in 26 Native American populations non-Native American Y chromosomal DNA frequency as high as 88% is found in the