DNA Testing for Genealogy - What Can It Do For You?? 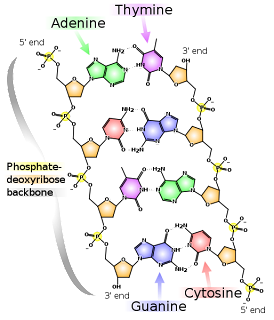 This file is licensed under the Creative Commons Attribution-Share Alike 3.0 Unported license.
DNA Testing for Genealogy - What Can It Do For You??
Paper courtesy of Roberta Estes, www.dnaexplain.com, e-mail Roberta at
Roberta@dnaexplain.com.
DNA testing for genealogy didn’t even exist a few years ago. In 1999, the first
tests were performed for genetic genealogy and this wonderful tool which would
change genealogy forever was born for the consumer marketplace from the halls
of academia.

Initially we had more questions than answers. If it’s true that we have some
amount of DNA from all of our ancestors, how can we tell which pieces are from
which ancestor? How much can we learn from our DNA? Where did we come
from both individually and as population subgroups? How can it help me knock
down those genealogy brick walls?

In just a few short years, we have answers for some of these questions.
However, in this still infant science we continue to learn every day. But before
we discuss the answers, let’s talk for just a minute about how DNA works.

Every human has 23 pairs of chromosomes (think of them as recipe books),
which contain most of your DNA, functional units of which are known as genes
(think of them as chapters). One chromosome of each pair comes from a
person’s mother and the other from their father. Due to the mixing, called
recombination, of DNA that occurs during meiosis prior to sperm and egg
development, each chromosome in 22 of the 23 pairs, which are known as
autosomes, has DNA (think of it as ingredients) from both the corresponding
parent’s parents (and all of their ancestors before them).

Posted by Historical Melungeons at 9:39 AM