Melungeon Myth of Drake Dropping off Passengers on Roanoke 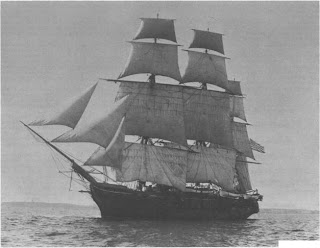 Melungeon Myth of Drake Dropping off Passengers on Roanoke

A myth exists on the Internet that the Melungeons, a group of dark skinned persons of mysterious origins found living in East Tennessee two hundred  years ago descend from Turkish prisoners and sundry other non-English persons said to have been rescued by Sir Francis Drake during the sacking of Cartagena and then deserted on Roanoke Island in 1586. In truth, there is NO evidence there were any left behind there, much less several hundred. This myth was introduced in a book published in the 1990's by Brent Kennedy titled The Melungeons: The Resurrection of a Proud People : An Untold Story of Ethnic Cleansing in America.

This book might have lanquished in obscurity on the shelves of a few Libraries and book stores had it not been for the Internet and the new found surge of interest in genealogy. Suddenly everyone fancied him or herself a Melungeon.Several Unions were held of people from various mailing lists and persons attendingwere happily discovering knots.on the back of their head, thought to indicate Turkish ancestry. Having someone in your Family tree who possessed six fingers was a definite plus. These traits were all described in the afore mentioned book. No one ever looked too closely into the incident said to have occurred in 1586. But that is precisely what this paper intends to do.

In the sixteenth century, Sir Francis Drake was one of the most famous men in England, indeed the English speaking world and beyond. He could do no wrong in his Queen's eyes. He had brought her an enormous return on her personal investment in an earlier voyage. A brilliant man in many ways, Drake was ruthless, but highly admired by the captives he had freed and the Maroons who came to his aid to help him fight and share in the rewards.  Drake was returning home from the sacking of Cartagena when he decided tovisit Roanoke and dispose of some of the freed prisoners and Maroons he hadacquired during his adventures. He was carrying a human cargo of some several hundred. Ivor Noel Hume in "Virginia Adventures" contends Drakehighly inflated the numbers. The voyage had not been financially successfulin spite of his daring and flamboyant actions. It is quite likely he wasadvancing his case by sending back reports of greater exploits than actuallyhad occurred. There were reports of many nationalities released from theSpanish prisons as well as Maroons who had come in from their strongholds inthe surrounding areas to help Drake as he was known to be generous with thespoils of his marauding. Alas this voyage would not compare to previous ones.

This voyage is of great interest to Melungeon researchers because thisvoyage in 1586 is the basis of the Turkish connection first started bystatements in Brent Kennedy's book; Melungeons; an Untold Story of EthnicCleansing. It is, in fact, the keystone of the Turkish Connection Theory.Remove it and the rest crumbles. That is what I propose to do.

It is known that many of the people with him never reached Roanoke. Many died ofstrange fevers in Florida. These fevers were the scourge of sea travel atthat time. Caused in part by the crowding together of humans in the cargoholds of ships where the fetid air trapped and spread any  contagiousdisease like wildfire, and probably acerbated by nutritional deficiencies.In any case, reports contend that anywhere between 350 and 750 people died ofthese fevers. Apparently Drake intended to leave the rest of the freedAfricans and South American Indians to furnish labor for the new Colony onRoanoke which he expected to have grown to some 600 English by then. Intruth There were only about 100 men, badly in need of food and suffering theill effects of their bad treatment of the local Indians. Ralph Lane was incharge at Roanoke and he accepted Drake's offer of minimal food supplies(Drake had been out a long time and was running low himself) and a ship, theFrancis, capable of navigation into the bay plus other pinnaces, etc. andarmament. All the supplies were loaded onto the Francis along with Lane'sbest naval officers. Lane wanted to stay a few more weeks exploring theChesapeake.

When on June 11, the two men (Francis Drake and Ralph Lane) exchanged theirunsettling news, several truths became evident; Drake was not there (as theRoanoke settlers had first hoped) to resupply the Colony; he was short offood himself and so was better able to supply guns than butter. Futhermore,Lane could not have had any desire or ability to house 250 blacks who wouldout number his white settlers two to one.

They came to an agreement whereby Drake would leave skilled workers,artisans, two pinnaces, several small boats and a large ship, the Francis.All the supplies were loaded onto the Francis along with the skilledmariners needed to sail such a ship. Immediately a terrible hurricano struckand it was every man for himself. The ships standing out in the roadway cutand ran, scurrying out to the deep ocean to get away from the treacherousshoals and currents, dangerous enough in good weather. The Francis was amongthose who sailed on to England.

Ralph Lane then accepted Drake's offer to transport the first colonists backTo England. Most of the small pinnaces carrying the extra passengers hadbeen dashed to pieces on the shoals during the storms. The Turks, known tohave been with Drake, were apparently better safeguarded. They were valuableas trade for English prisoners lanquishing in Ottoman prisons. Some 100Turks were, in fact, ransomed to their homeland.

So, just who might have gone ashore before the storm hit? Many people have ahard time visualizing the scene at Roanoke. Roanoke is surrounded by veryshallow waters, hence the name; Shallowbag Bay. The only way to get therewas by laborious offloading of men and supplies to shore boats and threadingthrough the one pass, Fernando Pass, and the treacherous shoals and currentsmade worse at times by Northwestern winds blowing directly into the Bay. Theshore boats were large by our standards and equipped with a mast and sail.They require a skilled pilot and several strong sailors to row. People didn't just hop on one and go sight seeing. Only those with important businesssuch as Sir Francis Drake and Ralph Lane who negotiated several times weretransported back and forth. The rest of the fleet with the passengersonboard stood out in the Roadway, the navigable waters off the Outer Banks,which wrap around this area like protecting arms.

I am saying this to lay to rest the idea of a huge number of the passengersdis-embarking and perhaps being caught off guard by the storms and stayingbehind. Hume and David Beers Quinn are the authorities on this period andboth say there were no Turks left. Hume says no one else, Quinn, at most avery few. Left with no supplies on the Outer Banks what would they havefound to eat? If the Indians had not killed them, they would have starved.

It should be noted that the Native Americans communicated by a"grapevine" soefficient that Indians in Canada knew of happenings in the Virginias. Nomention of any dumped off passengers was ever made.

Additionally, there was plenty of room for these passengers to sail withDrake. Hundreds had died in the battles in Florida, from fevers, and in thehurricane. Drake was returning with more ships than he left with, havingcaptured many. And they would have furnished badly needed labor to sailthese ships back to England.

Add to this the extreme difficulty of unloading these passengers in additionto loading the Roanoke settlers, which the crew deeply resented for thedelay and extra work and danger this imposed and it is highly unlikely Drakewould have taken such actions in the middle of a three day hurricane.

Thus the hurricane of June 1586 may have ripped away the first page from thehistory of blacks in English America.

A cruel and terrible fate for these forgotten people that historians of thetime did not consider important enough to even record their fate.

Two weeks later an emergency supply ship sent by Sir Richard Grenvillearrived and found no one although they searched diligently. They left to return to England.About one or two weeks later a big supply ship arrived with Grenville onboard. They were as mystified at the deserted condition of the island as themen on the earlier supply ship. They searched even further "into the main"(mainland) and as far as Chesapeake. Grenville was heavily invested in thisfirst effort, having sold an entire estate (consisting at this time as amanor house and every type of supporting industry needed to run the estate;mills, stables, barns, houses, dairies, animals, tools, even small villages)to finance the settlement of over 100 men for over a year. It was arequirement of Raleigh's patent from Queen Elizabeth that the area beoccupied continuously by English people. Finding no one and not knowing wherethey had gone, he left some 15 soldiers to hold the fort. Based upon later interviews with Indians, they all perished.

It is quite clear they found no one who could have been the passengers Drakewas previously carrying.

As previously stated the Indians had a very effective rumor mill whichcarried news far and wide. It is just inconceivable that thesepeople could have survived unnoticed when their appearance would have been amatter of great curiosity among people who had never seen African natives.

Thus it seems there is no evidence that any people were left behind in the Colony and documented evidence that 100 turks were returned to their homeland.

Acts of the Privey Council, 1586-87, PP. 205-206. (Public Record Office[London]), PC 2/14:169) Contains a letter from the Queen's Privey Council addressed to a merchant in London, who traded with Turkey, that asks him to make arrangements for the return of 200 Turks to Turkey.

Enter your email address to start receiving this blog in your inbox
Posted by Historical Melungeons at 12:31 PM